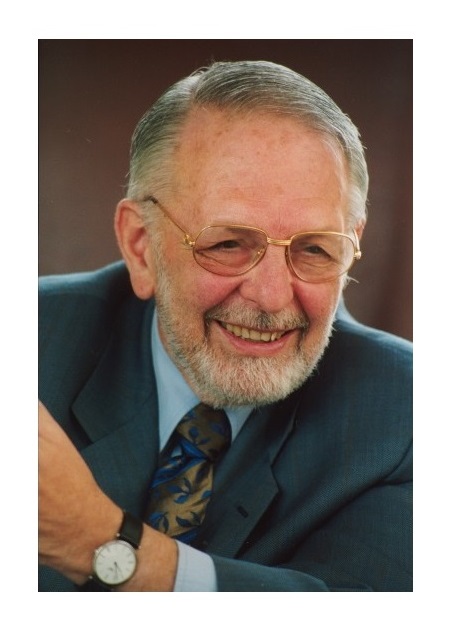 In July 1960, a young man who yearned for freedom was finally able to flee Communist Romania, along with his mother and grandmothers. They were allowed to board the train carrying them to the border with just one suitcase each and 10 dollars. Despite starting out with almost nothing, that young man soon became a successful international entrepreneur and philanthropist.

Born May 23, 1929, in Bucharest, Dan David endured many personal and historical tragedies before achieving freedom and success. After living through the war in Nazi-allied Bucharest, he became active in Zionist youth movements, organizing trains and ships for Aliya Bet, the clandestine immigration of Jews to what was then British-controlled Palestine. He was persecuted for his Zionism and arrested by the Communist regime. Years later, his contribution would be recognized by the Israeli government with the “Lochamei Hamedina” medal, awarded to those who fought for the establishment of the state.

Despite the challenges of his early years, Dan studied economics at a university in Bucharest and became an accomplished photographer, producing award-winning shots for various newspapers and magazines.

At 31, when he was finally allowed to leave Romania, Dan immigrated to Israel and initially continued to work as a photographer. But in 1961, he decided to “leave the art of photography for the business of photography.” His dream was to introduce Israel and other countries to the concept of automatic instant photography – what today is commonly known as a “photo booth.”

As a nearly-penniless refugee, Dan did not have the initial capital to invest in his idea. Fortunately, a businessman who believed in him came to the rescue, offering a partnership and a loan without guarantees that helped jumpstart the activity. Dan went on to start companies in Israel, Italy, Spain, Japan, the United States and elsewhere, operating thousands of automatic machines.

The initial loan he received was a pivotal experience for Dan, teaching him the value of helping others achieve their dreams. It was this understanding that guided his philanthropic projects, creating the Dan David Foundation and the Dan David Prize in 2000. With the prize, his aim was to reward those who have made a lasting impact on society and to encourage young students to become the scholars and leaders of the future.

Dan repeatedly expressed his motto: “Money is not an end in itself, but a means to fulfil a vision. This is why I chose to create the Prize, to devote some of my fortune to rewarding and furthering the work of the eminent figures who have increased our knowledge of our past, improved our present and helped us forge a better future.”

Dan David passed away on September 6, 2011, in London, leaving his wife, Gabriela, and son Ariel. His philanthropic work and vision live on through the work of the Dan David Foundation.